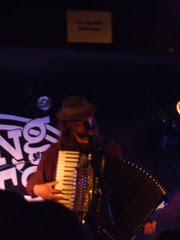 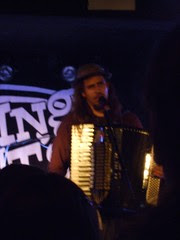 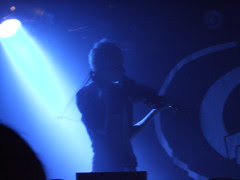 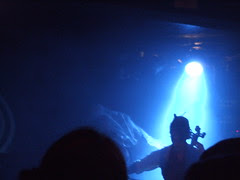 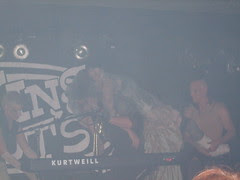 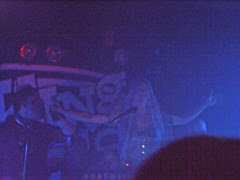 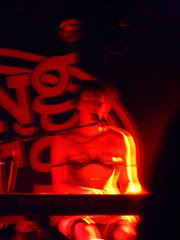 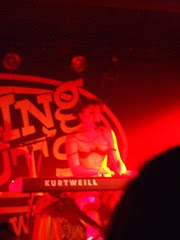 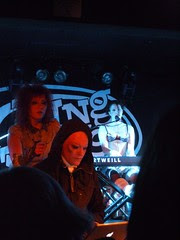 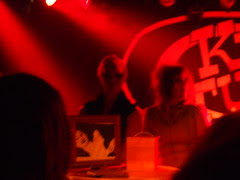 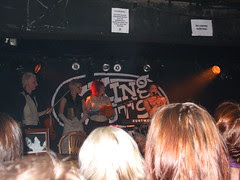 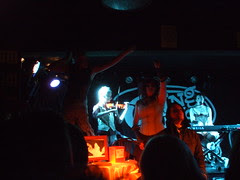 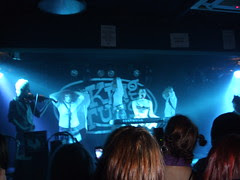 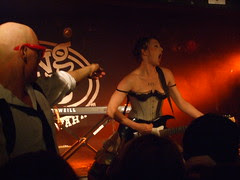 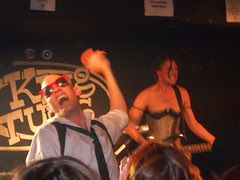 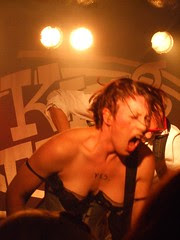 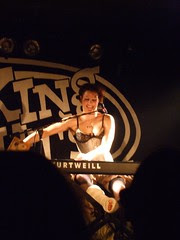 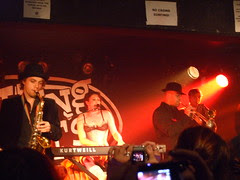 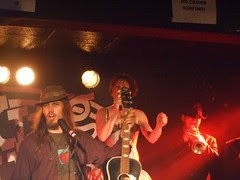 We gathered in Glasgow’s King Tut’s Wah Wah Hut to remember the life of Amanda Palmer. A couple of bands playing some music in tribute, friends expressing their pain. But the question on everyone’s lips - Who Killed Amanda Palmer?

At the side of the stage there is a table with Palmer’s photograph. A man in formal dress introduces cellist Zoe Keating, ex-member of Rasputina. Who plays a set of layered strings, droning and dense in sound. She is followed by Jason Webley , who plays the accordion. He plays a range of tunes, shanties, and pirate tunes, stamping along and encouraging the crowd to sing along. At one point he has the audience spinning in circles so that they feel drunk enough to sing along to a drinking song. The hall is filled with voices singing, and cheering Webley’s performance.

The focus of the night though is of course Amanda Palmer. The Australian theatre group The Danger Ensemble carry Palmer’s body on to the stage, covered in a shroud. Palmer started her tour in Belfast, when she was hit by a car. Now she admits, she doesn’t find the name of her debut album Who Killed Amanda Palmer? quite as ironic as she did before.

Palmer has been a member of The Dresden Dolls for some years - a band which combined piano and drums primarily. She decided to collect all the material that was just piano, ie material that was essentially solo material, and put it together as an album. The album was produced by Ben Folds of Ben Folds’ Five, and featured a number of guests. With Palmer playing much of the material from it over the course of her set. The intent appeared to be a solo album without splitting from The Dresden Dolls, though there are now suggestions that the band have split.

Off the top of my head/tracks I recognised not having heard the album yet, she played Astronaut, Runs In The Family, Ampersand, Oasis. Through the set she was accompanied by Zoe Keating, who also appears on the album, as well as an Australian violinist called Lyndon. At various points the members of the Danger Ensemble provide an element of theatre/accompaniment - ranging from singing and dancing to crowd invasion.

The last track sees Palmer joined by the Horny Men, Webley, Keating and Lyndon, an encore of Bon Jovi’s Living On A Prayer, with the audience singing along at the top of their voices. And with that the night is done. I had mixed expectations going in, not being too familiar with The Dresden Dolls, and having only previewed some of the album material before going to the gig. But I was totally won over, Palmer’s voice and music and style is solid, strong and consistent through out. Even hobbling about on a mangled foot she approaches her work with such joyous enthusiasm that I couldn’t help be caught up in the feel of the thing.